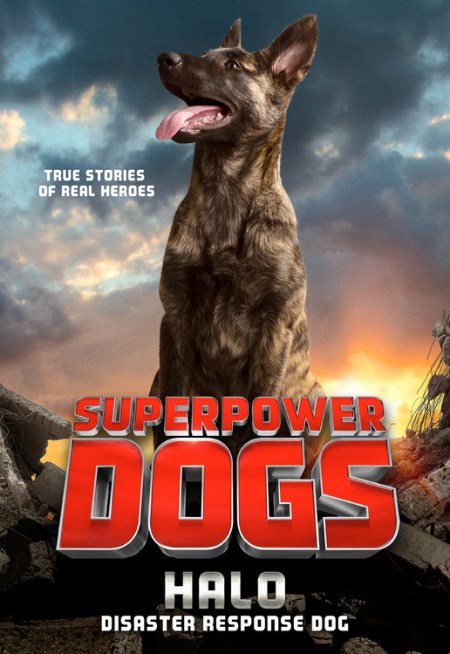 by Cosmic
Join Halo, one of the stars of the IMAX film Superpower Dogs,as she emBARKS on a journey to become a disaster response dog in this gripping nonfiction story, perfect for fans of Max!

Dutch Shepherd puppy Halo has spent almost her whole life preparing for one job: finding people who are trapped in disaster zones. Her bond with her human partner, Fire Captain Cat, is unshakeable, and together, they can overcome any obstacle. But training to be an Urban Search and Rescue dog is tough, and it’s going to take all of Cat’s dedication and Halo’s courage to succeed.

Enhanced with breathtaking photographs and amazing canine facts, this true story of a hero’s journey from adorable puppy to skilled Urban Search and Rescue dog is proof that real life superheroes walk–and bark–among us. 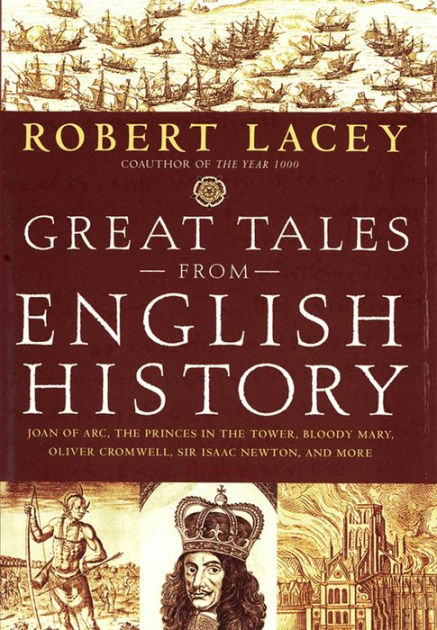 by Robert Lacey
With insight, humor and fascinating detail, Lacey brings brilliantly to life the stories that made England — from Ethelred the Unready to Richard the Lionheart, the Venerable Bede to Piers the Ploughman.

The greatest historians are vivid storytellers, Robert Lacey reminds us, and in Great Tales from English History, he proves his place among them, illuminating in unforgettable detail the characters and events that shaped a nation.

In this volume, Lacey limns the most important period in England’s past, highlighting the spread of the English language, the rejection of both a religion and a traditional view of kingly authority, and an unstoppable movement toward intellectual and political freedom from 1387 to 1689.

Opening with Chaucer’s Canterbury Tales and culminating in William and Mary’s “Glorious Revolution,” Lacey revisits some of the truly classic stories of English history: the Battle of Agincourt, where Henry V’s skilled archers defeated a French army three times as large; the tragic tale of the two young princes locked in the Tower of London (and almost certainly murdered) by their usurping uncle, Richard III; Henry VIII’s schismatic divorce, not just from his wife but from the authority of the Catholic Church; “Bloody Mary” and the burning of religious dissidents; Sir Francis Drake’s dramatic, if questionable, part in the defeat of the Spanish Armada; and the terrible and transformative Great Fire of London, to name but a few.

Here Anglophiles will find their favorite English kings and queens, villains and victims, authors and architects – from Richard II to Anne Boleyn, the Virgin Queen to Oliver Cromwell, Samuel Pepys to Christopher Wren, and many more.

Continuing the “eminently readable, highly enjoyable” (St. Louis Post-Dispatch) history he began in volume I of Great Tales from English History, Robert Lacey has drawn on the most up-to-date research to present a taut and riveting narrative, breathing life into the most pivotal characters and exciting landmarks in England’s history. 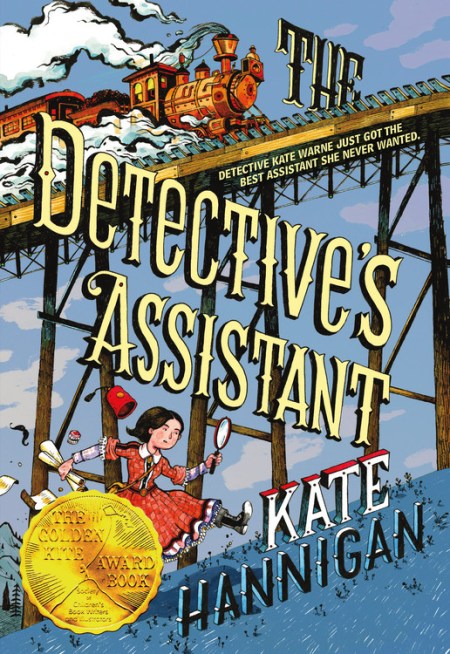 by Kate Hannigan
Based on the extraordinary true story of America’s first-ever female detective, this fast-paced adventure recounts feats of daring and danger…including saving the life of Abraham Lincoln!
Eleven-year-old Nell Warne arrives on her aunt’s doorstep lugging a heavy sack of sorrows. If her Aunt Kate rejects her, it’s the miserable Home for the Friendless.

Luckily, canny Nell makes herself indispensable to Aunt Kate…and not just by helping out with household chores. For Kate Warne is the first-ever female detective employed by the legendary Pinkerton Detective Agency. And Nell has a knack for the kind of close listening and bold action that made Pinkerton detectives famous in Civil War-era America. With huge, nation-changing events simmering in the background, Nell uses skills new and old to uncover truths about her past and solve mysteries in the present. 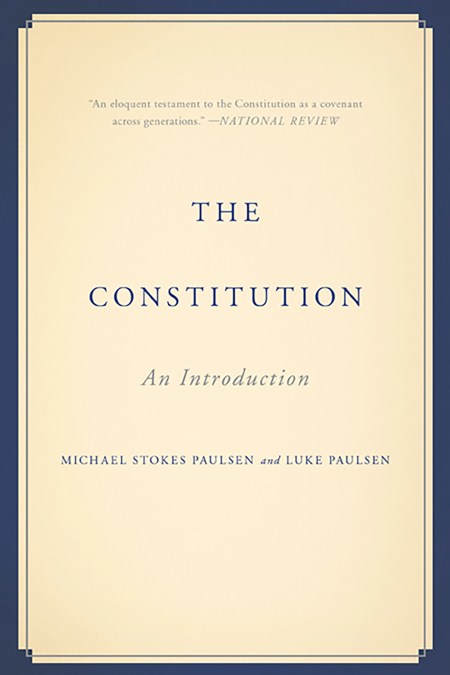 by Michael Stokes Paulsen by Luke Paulsen
From war powers to health care, freedom of speech to gun ownership, religious liberty to abortion, practically every aspect of American life is shaped by the Constitution. This vital document, along with its history of political and judicial interpretation, governs our individual lives and the life of our nation. Yet most of us know surprisingly little about the Constitution itself, and are woefully unprepared to think for ourselves about recent developments in its long and storied history.

The Constitution: An Introduction is the definitive modern primer on the US Constitution. Michael Stokes Paulsen, one of the nation’s most provocative and accomplished scholars of the Constitution, and his son Luke Paulsen, a gifted young writer and lay scholar, have combined to write a lively introduction to the supreme law of the United States, covering the Constitution’s history and meaning in clear, accessible terms.

Beginning with the Constitution’s birth in 1787, Paulsen and Paulsen offer a grand tour of its provisions, principles, and interpretation, introducing readers to the characters and controversies that have shaped the Constitution in the 200-plus years since its creation. Along the way, the authors provide correctives to the shallow myths and partial truths that pervade so much popular treatment of the Constitution, from school textbooks to media accounts of today’s controversies, and offer powerful insights into the Constitution’s true meaning.

A lucid and engaging guide, The Constitution: An Introduction provides readers with the tools to think critically and independently about constitutional issues — a skill that is ever more essential to the continued flourishing of American democracy. 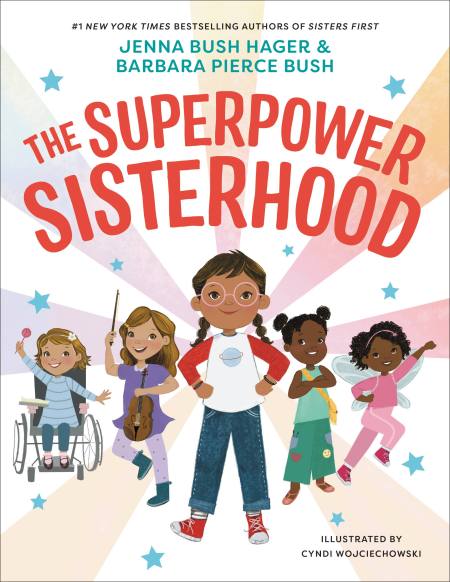 Emma has been lonely all her life growing up in a neighborhood with no other kids—until the day two sets of sisters move to her street! The girls immediately form a club, only to discover that something mysterious is going on. They’ve each always had special talents, but when they work together, it’s almost like their skills become…superpowers. Now the sisterhood is ready to help their neighborhood thrive, as long as they can keep the spooky Ms. Wigglestoot from discovering their secret. Or maybe there’s a way these super sisters can help their archnemesis too….

From former first daughters Jenna Bush Hager and Barbara Pierce Bush, authors of the #1 New York Times bestselling Sisters First, The Superpower Sisterhood makes it clear that with sisters by your side, life is pretty exciting. And anything is possible! 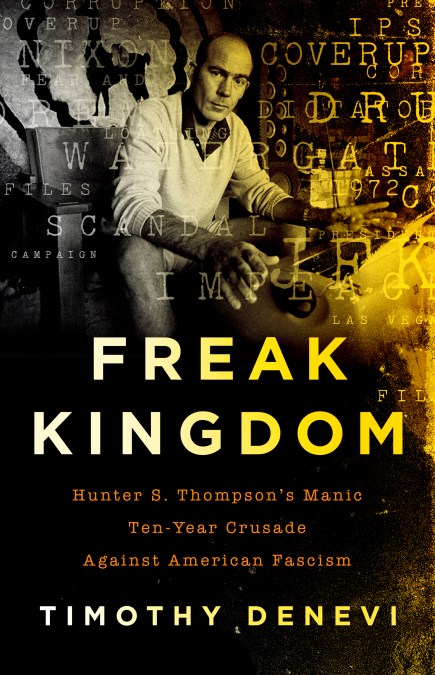 by Timothy Denevi
The story of Hunter S. Thompson’s crusade against Richard Nixon and the threat of fascism in America–and the devastating price he paid for it

Hunter S. Thompson is often misremembered as a wise-cracking, drug-addled cartoon character. This book reclaims him for what he truly was: a fearless opponent of corruption and fascism, one who sacrificed his future well-being to fight against it, rewriting the rules of journalism and political satire in the process. This skillfully told and dramatic story shows how Thompson saw through Richard Nixon’s treacherous populism and embarked on a life-defining campaign to stop it. In his fevered effort to expose institutional injustice, Thompson pushed himself far beyond his natural limits, sustained by drugs, mania, and little else. For ten years, he cast aside his old ambitions, troubled his family, and likely hastened his own decline, along the way producing some of the best political writing in our history.

This timely biography recalls a period of anger and derangement in American politics, and one writer with the guts to tell the truth. 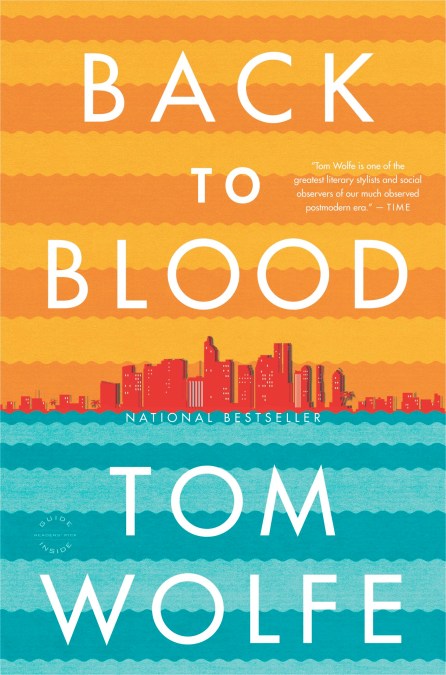 by Tom Wolfe
A big, panoramic story of the new America, as told by our master chronicler of the way we live now.

Based on the same sort of detailed, on-scene, high-energy reporting that powered Tom Wolfe’s previous bestselling novels, Back to Blood is another brilliant, spot-on, scrupulous, and often hilarious reckoning with our times. 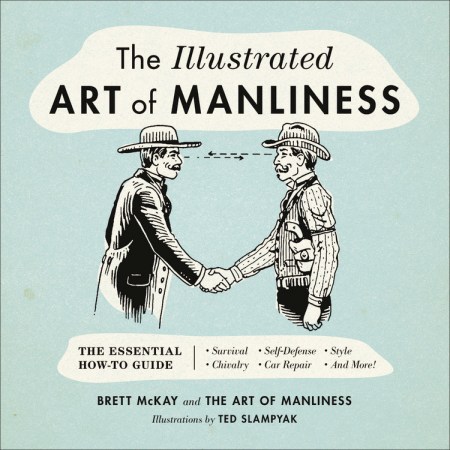 The Illustrated Art of Manliness

by Brett McKay Illustrated by Ted Slampyak
An indispensable, hands-on guide dedicated to the lost art of being a man, The Illustrated Art of Manliness distills more than 100 practical skills every modern man needs to know into an entertaining, easy-to-follow visual format.

Founder of The Art of Manliness, Brett McKay and bestselling illustrator Ted Slampyak write brilliantly illustrated articles to help men be the best fathers, brothers, sons, and men they can be. This book features their most essential work alongside dozens of never-before seen guides on subjects ranging from chivalry and self-defense to courage and car repair, including:

How to disarm an attacker How to fell a tree and start a fire anywhere How a car engine works, and how to fix it How to use every tool in your toolbox What to wear on a first date and to a job interview How to lead a meeting and command the attention of a room How to dance, fight, shave, shake a hand, pick a lock, and fire a gun And other advice for when you’re lost, in danger, or merely confronting a shirt that needs to be ironed.

The Illustrated Art of Manliness features a classic, timeless package, including full-color illustrations, and will be a perfect gift for you or the man in your life. 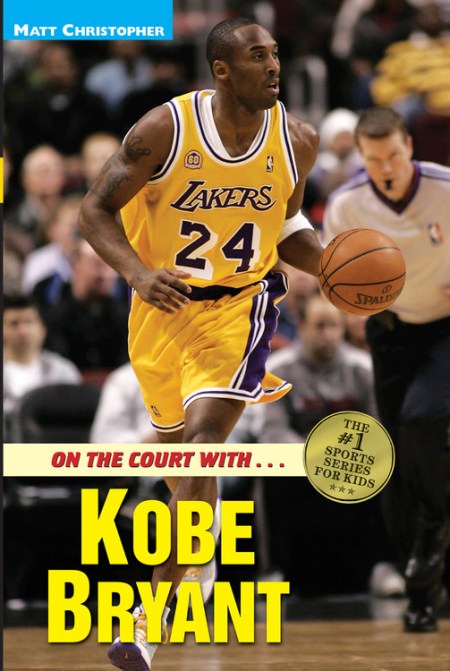 On the Court with ... Kobe Bryant

by Matt Christopher
The #1 sports series for kids takes readers on the court and behind the scenes with beloved NBA icon Kobe Bryant in this inspiring biography.
The son of Joe “Jellybean” Bryant, a former NBA player and star of various European teams, Kobe spent his childhood watching professional basketball. From the moment he could pick up a ball, he was learning to dribble and shoot. His basketball education was unique–a combination of lessons on basic fundamentals, one-on-one games against his dad, and observation and analysis of the world’s best players.
At age eighteen, Kobe was given the chance to prove his skills when he was drafted into the NBA. Fresh out of high school, Kobe showed that he had the talent and heart to make it in the pros.
This biography traces Kobe’s life from childhood to his part in the Lakers’ 2000 NBA championship, giving readers a courtside seat to the greatest achievements of one of basketball’s legends. 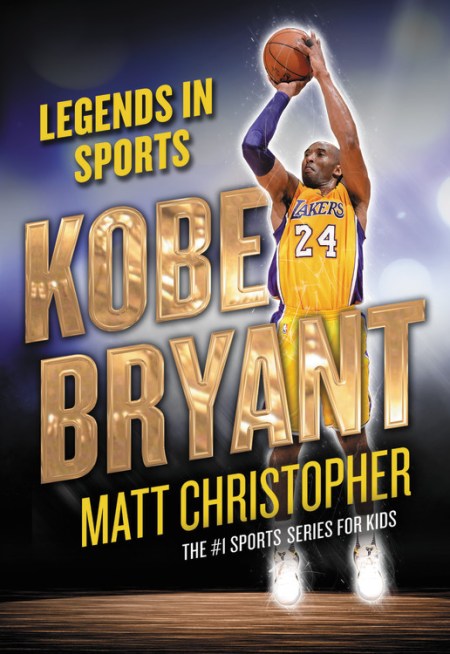 by Matt Christopher
The #1 sports series for kids takes readers on the court and behind the scenes with beloved NBA icon Kobe Bryant in this inspiring biography.
As the son of Joe “Jellybean” Bryant, a former NBA player and star of various European teams, Kobe spent his childhood watching professional basketball. From the moment he could pick up a ball, he was learning to dribble and shoot. His basketball education was unique — a combination of lessons on basic fundamentals, one-on-one games against his dad, and observation and analysis of the world’s best players.
At age eighteen, Kobe was given the chance to prove his skills when he was drafted into the NBA. Fresh out of high school, Kobe showed that he had the talent and heart to make it in the pros — and the rest is history.
This biography gives readers a courtside seat to the achievements of one of basketball’s greatest legends as it traces Kobe’s life from childhood to his five NBA championships to his successful career outside of the game to his tragic death and lasting legacy.
Previous Page Next Page