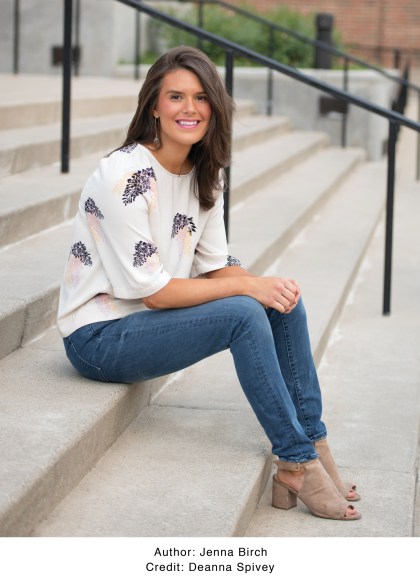 Jenna Birch is a health and lifestyle journalist. Her work appears frequently in print and online publications including Cosmopolitan, Glamour, Self, Teen Vogue, Marie Claire, Psychology Today, Health, Women’s Health and Yahoo, among many others.

In a world where we have every possible option in life and love, why is it still insanely hard to land just one that lasts—the right one at the right time?

Dating isn’t dead but, rather, evolving in weird, unexpected ways.

Beginning in my 20s, I went on a lot of first dates with guys—actual honest‑to‑goodness dinner dates, where we sat in a restaurant and attempted to make small talk for two hours—but I felt next to nothing. I thanked them for taking me out and told them I had an early morning. Then I went home and ate ice cream, watching Real Housewives until my brain had melted, like the remnants of Moose Tracks at the bottom of my bowl.

Sometimes, guys were just not that into me (crazy, I know). I met guys who had totally different interests and guys whose personalities or life philosophies were awkwardly at odds with my own. All in all, there wasn’t much chemistry for me with a large subset of men—but my problem wasn’t that I didn’t connect with guys. Like most women, I did connect with a smaller subset of men.

I didn’t have a type, per se. Some were entrepreneurs; others, doctors. Still others were academics, and a few were business types. The one thing they all had in common was passion. Whatever it was they were pursuing, whether a PhD or a seedling of a business idea, they were committed—to change, self-improvement, growth, goals. These guys were almost always getting their lives in order— doing a residency; working insane hours; contemplating a move; choosing a grad school; building businesses—to the point where I never blamed them for being a little scattered. (My mom always told me that “men don’t multitask well.”) However, they weren’t just scattered. They seemed to defy all that old relationship wisdom proclaiming a man always knows what woman he wants—and will go after her.

They regularly ghosted and came back (hey, zombie!), which annoyed me to no end. They also often applied the brakes on even nonrelationships really quickly—sometimes before things had even approached lift-off, sometimes after one date—which seemed awfully premature. I began to label them as “skittish,” something women began to applaud me for. “OMG, yes! That’s the word!” my friends would say.

I wasn’t always going on real dates with these guys either. Romance was suddenly this charged, nebulous entity, which didn’t always include explicit declarations of interest. It was felt. It was frustrating. It was noticed by others.

One guy in my circle is a prime example. I had been tangoing around actually dating him for months. Since he wasn’t making a legit move, I had resorted to only acknowledging him in passing and simply letting it go. I was kind and interested in his life, but the buck stopped there. If he didn’t text, he wasn’t interested . . . right? If he didn’t ask me out, he didn’t like me . . . right? I’d given him lots of chances. So when a friend expressed interest in the same guy, I gave her the okay to go for him. Then, one fine day after a party where Tango Guy and I had inadvertently talked for most of the night, my friend called me up to apologize for ever making a move. “There’s obviously a connection between you two,” she said. “I realized the other night he doesn’t look at me the way he looks at you.” Huh.

I’d always assumed that when you felt a connection, you put yourself out there and you went for it. When you got a phone number, you used it. Those digits were pure gold! But the modern relationship equation is more complicated and layered; amid the sea of endless options, sometimes connection isn’t acted upon right away. Or at all.

Today, we often can’t define why a guy is a prospect, but we usually know if he is. I’d coined the term “The Look” for when it would hit me—that starry-eyed stare that would wash across his face at some spontaneous moment in the getting‑to‑know-you phase. If this moved out of nebulous- romantic-thing territory and into a relationship, you already knew there was an established connection and mutual regard for each other. It would probably take a leap of real commitment in the relationship wasteland among college-educated career folks—stepping up, knowing the stakes—more serious than a campus hookup.

However, to men, especially, it seemed, serious was scary.

I attempted to be superchill as I began dating my first real boyfriend; he wasn’t my type, per se, but his brain absolutely fascinated me and I had fun going on dates with him. He is still one of the smartest people I’ve ever met, and at the time we started dating, he was also rising professionally. He’d founded two burgeoning start-ups, and he was constantly busy, but he also walked me through the paces of early dating; he knew all the right moves and had high EQ (the product of two psychologist parents). But roughly six weeks into dating, after spending the vast majority of his birthday weekend together, we both felt the whoa-this‑is‑serious shift. Except while I was finally easing into a relationship based on real connection for the first time, he just panicked. He broke up with me, then reconciled just one day later. “I think I’m falling in love with you, and it’s scary,” he told me. We were up and down, on and off, for the rest of our short relationship, which never felt truly safe again.

When that relationship had run its course, the parade of skittish guys continued.

I went on three dates in five days with a guy who then suddenly disappeared. I awkwardly ran into him at a coffee shop when I’d assumed he was ghosting me, which led to a two-hour heart‑to‑heart about whether or not he could “do commitment” at that moment. He’d apparently promised himself he’d stay single after his most recent breakup. He hadn’t expected to meet me, he said; I hadn’t expected him to commit to me after one week of dating.

I connected with another guy on a dating app. We liked offbeat discussion topics and enjoyed a similar strand of quirky banter; communication was nonstop before and after a spontaneous 90‑minute coffee date, where I’d showed up low-key (in workout clothes). I could tell he was excited to spend time with me, or even talk to me; his nerves gave him away. I thought it was sweet . . . before I got this text: Sincerely, I like you. I liked hanging out with you. You’re funny and interesting and exquisite. I like talking to you most importantly, but I’m not convinced I’m very good for you.

My girlfriends all died. “What?! What does that mean?” they said.

I then recounted the story to one of my best guy friends—perhaps to ease my developing complex. He laughed and said, “So basically, he thinks you’re amazing but just wants to sleep with other girls right now.” While I thought that was an appropriate surface-level reasoning, those endearing first- date nerves spoke to a more complicated internal framework.

I have endless examples of this skittish guy behavior on file in my brain—and in my journal, because I started to write them all down. A pattern was emerging in the group of guys with whom I felt the greatest connection: When the feelings hit, it was time to flee.

And it didn’t help that I’d grown up on He’s Just Not That Into You and The Rules, which taught me to make men work for it. They weren’t working for it—and I didn’t even get a say in the matter. The men I connected with were not the casual, free-flowing let’s‑take‑it‑one-day‑at‑a‑time creatures I’d been promised. Just because they were dating did not mean they were actually open to a relationship of substance, a relationship with potential for real heartbreak and hurt (and capital L Love). So if the men in the dating pool aren’t even open to Love, how do I find it?

If you’ve ever wondered that very same thing, don’t worry. I’ve got

It’s been a lifelong process, an emotional roller coaster to bring this book to fruition. I’ve lived and breathed this journey—literally, metaphorically. I’ve woken up in the middle of the night on multiple occasions with ideas so major that I wanted to start working at 3:00 a.m. I’ve analyzed the research. I’ve talked to some of the best experts and major relationship influencers working today. I’ve had the pleasure of talking to more than 100 career-focused men and women of all backgrounds and ages, in depth, about their love lives—people from New York to LA; Chicago to Charlotte; DC to San Fran; expats from Indonesia to the UK. The ideas, echoes, and stories I heard were a dash of everything: chaotic, frustrating, brilliant, lovely, dramatic, sweet, sure, epic, thrilling, steady, erratic, very wrong— and, yes, sometimes, oh so right. The revelations were thoroughly modern and, I think, hopeful.

Researching and writing this book was life-changing for me; I learned more about love in one year than I had in the previous two decades. I hope that from reading it you get a sliver of the satisfaction and understanding that I’ve gotten from writing it. I want you to know: It’s out there. The exact love that you want is out there. But it takes patience, growth, tenacity, investment, discernment, a dash of timing, and just the right chemistry.

I know you want that lasting love—“ it,” capital L Love, The One, your soul mate. But don’t rush; enjoy the ride. The ups and downs of this journey will only make the final destination that much more meaningful. Your love story is already in the making, set to intertwine with someone else’s.

It’s not easy. But it’s worth it. All of it. I promise. And it starts now. 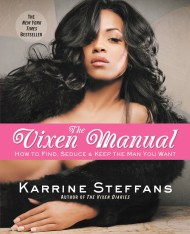 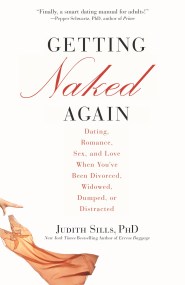 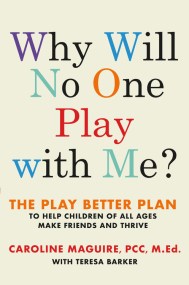 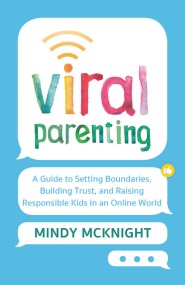 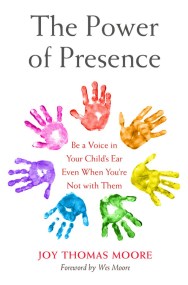 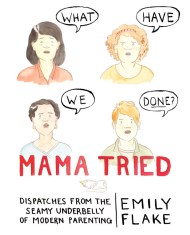 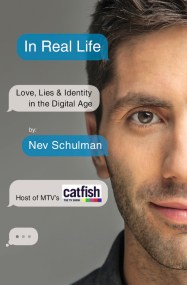 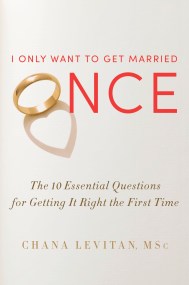 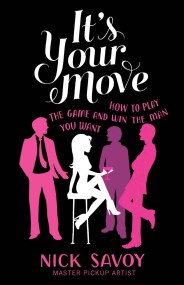 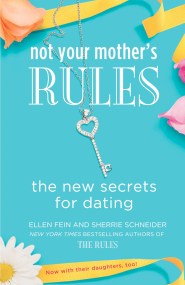 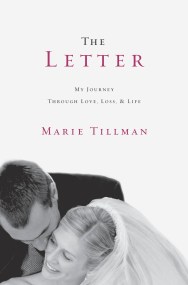 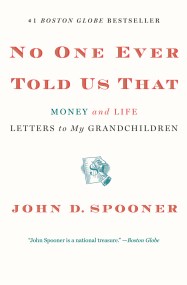